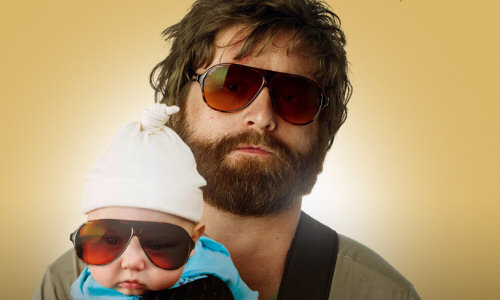 “Mad Men” creator Matthew Weiner will have a busy September. A week or so before the Emmy Awards in Los Angeles, Weiner will be in Toronto. His debut project as a feature film writer- director will be shown in the Special Presentations section of the Toronto Film Festival.

“You Are Here” stars Zach Galifiankis as a ne’er do well son who inherits the family fortune. He returns home with best friend Owen Wilson and takes on both a formidable sister (Amy Poehler) and his dad’s knockout 25 year old widow. “You are Here” has no distributor, which means a feeding frenzy at the first screening. Matthew Weiner couldn’t be hotter right now. This is his first project during “Mad Men.”

If it works, and it should, Weiner can transition from TV to film. Wouldn’t that be something? And listen, it’s not easy. I remember when Larry David tried it during “Seinfeld” with a feature film called “Sour Grapes.” Some people are still having their memories cleansed of that one. But Weiner is smart, and “You Are Here” is much anticipated.