Who says you can’t go home again? The new CEO of Time Warner is Joseph Ripp. Jeff Bewkes announced his appointment today. If his name sounds familiar, Ripp was once an AOL Time Warner whistleblower. Then as CFO of AOL he was indicted by the Securities and Exchange Commission, accused with other AOLTW execs of overstating ad revenue from the old AOL. In September 2011, Ripp reached a settlement with the SEC and paid fines totaling $150,000. http://www.sec.gov/litigation/litreleases/2011/lr22109.htm 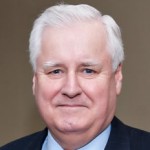 Prior to Ripp’s SEC scandal, he made headlines in 2008 as a whistleblower at AOLTW: http://www.nytimes.com/2008/06/09/business/media/09aol.html?pagewanted=all

And now he’s CEO of the company. Ripp got the job after a long search process with many candidates including popular former Entertainment Weekly publisher Michael Klingensmith. Ripp succeeds Laura Lang, who made many enemies in a short time. Ripp looks like a prototypical, reassuring CEO for Time Warner: he’s 61, white haired, and lives in Connecticut. I feel better already.