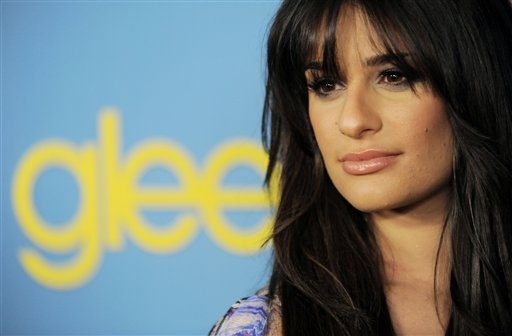 It’s all very dramatic and glamorous, but Lea Michele did not make the decision that “Glee” should go on after the death of Cory Monteith. It’s laugh out loud funny to read these interviews out of Comic Con with show creator Ryan Murphy. I know he wants to put a good face on all this, and I know it’s well-intentioned. But when he says that Lea Michele is the star of the show, and that he left it up to her to decide if the show should continue…Really.

First of all, much as they are popular, Michele and Monteith are part of a large ensemble. Jane Lynch and Matthew Morrison might take exception to the notion of someone being “the” star of “Glee.” Chris Colfer has already published two books and had a screenplay turned into a good film. Darren Cris has been on Broadway and is in “Girl Most Likely” right now.

Second: “Glee” is a business. It’s a television show with contracts. No one, not even Murphy, can say it’s over. The network will say when it’s over. Frankly, a whole cast could die and most TV execs would vote to keep going in order to make syndication numbers. “Glee” is going into fifth season. They have only 88 episodes so far, and need 100 for decent syndication. While the show is not the major attraction it was at the beginning, it certainly should last a full seven seasons.

Will Lea Michele stay? Now, that’s the good question. When everything settles down, my guess is that she will stick it out til the end of her contract. But “Glee” isn’t going anywhere.