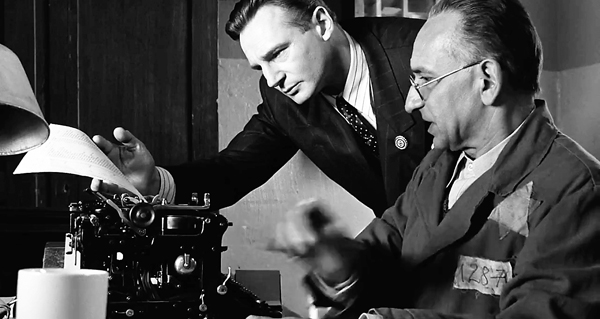 There’s been a lot of attention all day today to the historic copy of Oskar Schindler’s famous list of Jews he protected during the Holocaust. Four copies of the list exist– two in Israel at Yad Vashem and one in Washington DC at the Holocaust Museum. I spoke tonight to Gary Zimet, the famous auctioneer who’s handling the sale on ebay.

I asked first about Steven Spielberg, who won Oscars for making the movie “Schindler’s List”– one of the great classics of all time. Zimet says, “I talked to Spielberg about it a while ago. He would have bought it and donated it to Yad VAshem. But they have two of the four originals. I doubt he will bid on it.”

There are plenty of likely bidders who can buy the list and donate it a museum or archive in the U.S.– from Edgar Bronfman Sr. to Ronald Perelman to the Lauder family and so on. The starting bid of $3 million is small compared to what some American billionaires spend on art or houses or private planes.

But Zimet cautioned: “I’d be surprised if anyone bids before five minutes before the auction closes.” That would July 18th at 6pm Pacific, 9pm Eastern. In the last minutes there should be a flurry of activity. Whoever gets the list will own a rare historical document, that’s for sure. And I’m sure the Jewish Museum in New York would love to accept it as a donation. Just sayin’…