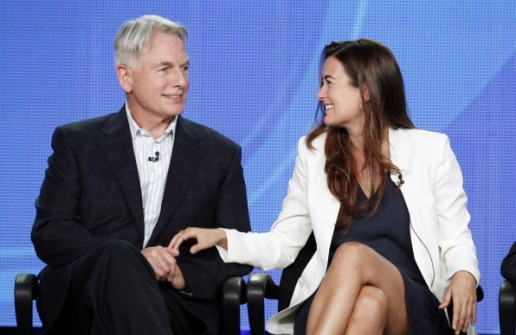 And now to Cote de Pablo, the beautiful Chilean actress who’s played beautiful, mysterious Ziva on “NCIS” for eight of the show’s 10 years. Who isn’t a fan of Cote de Pablo? No one more than Mark Harmon, star and executive producer of the number 1 blockbuster CBS series. Harmon and Cote are very tight, I am told. He was encouraging her to sign a new contract after all the other deals on “NCIS” had been achieved. But Cote, sources say, wanted pay parity with scene partner and on air love interest Michael Weatherly.

And now Cote de Pablo is gone from “NCIS.”

“She was asking for $225,000, closer to what Michael is making per episode,” says a source. “And the show wouldn’t do it. It wasn’t going to happen. She was being offered about $200,000, which is pretty good, and was up from what she had been making.” Indeed, that would come to over $4 million a season. You can’t beat that with a stick.

check out today’s newest stories by clicking this link

“Mark Harmon was urging her to take it,” says my source. “And she waited and waited, figuring they’d cave in.” But it didn’t happen. “NCIS” is a show with a big cast. Harmon gets the big money, Weatherly follows, then Cote de Pablo. Pauley Perrette and the rest of the cast follow including David McCallum, formerly but always Illya Kuryakin.

A rep for Cote de Pablo would only say, “So far this has been handled in a very business like way. Your numbers sound wrong to me.” As for Harmon and Cote falling out on this issue: “They remain best of friends.”

Well, it won”t be the same “NCIS” without Zima, that’s for sure. I am told that Weatherly, who started on the ABC soaps 20 years ago, is very popular at CBS. “Les Moonves loves him,” says a source. “And they’re thinking of new things for him.”