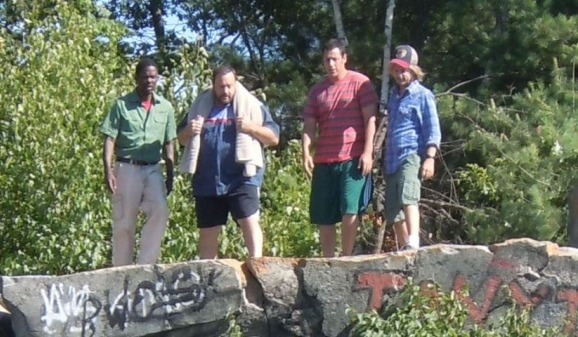 Never underestimate the stupidity of the American public. Someone said that. Last night the worst reviewed movie of the year, universally panned by everyone who writes about film, finished at number 1 at the box office. Adam Sandler’s “Grown Ups 2” took in over $16 million. It beat the highly praised “Pacific Rim” and the animation hit “Despicable Me 2.” How is it possible that Sandler’s meandering, coarse tripe could still make it to number 1? Is the audience drugged? Are they escapees from mental institutions? Do they have endless amounts of disposable income? Anyway, we’ll see how “Grown Ups 2” does the rest of the weekend. But no one who went to that movie last night can complain about not having money for anything. You wasted it on this.