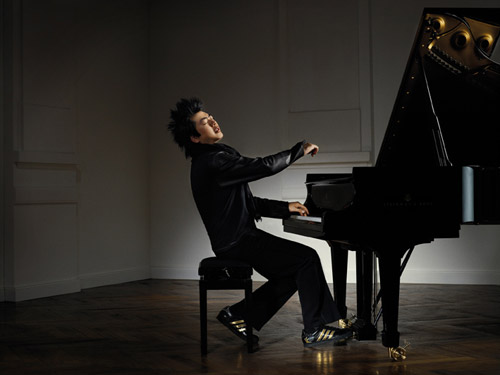 EXCLUSIVE Wendi Deng’s divorce from Rupert Murdoch is only recent, if it’s even finalized. But she has not gone into hiding. Deng, who seems to be keeping the name Wendi Murdoch, is going ahead with plans to produce a movie about the great Chinese pianist Lang Lang. A casting call has gone out for “Journey of a Thousand Miles,” a filmed based on the book written by Lang Lang with David Ritz. Murdoch is listed as coproducer with Florence Sloan who also co-produced “Snow Flower and the Secret Fan” with Wendi, and is married to former MGM chief and businessman Harry E. Sloan. The movie’s director is a first timer– Chinese actor Mo Zhang. No script is available yet, but its author is ID’d as Xiaozhu Wang.

Here’s who they’re looking for so far: [LANG LANG] Chinese male, 16 to 23 years-old to play 17. Appealing, outgoing and friendly. Not quite a boy but not yet a man, he still has a sweetness to him. Must be fluent in Mandarin. No prior acting experience required. Some piano playing ability preferred…LEAD

STORY LINE: Based upon the real life story of the Chinese piano virtuoso Lang Lang, this tender dramatic story
centers around 17 year-old Lang Lang as he struggles to overcome seemingly overwhelming obstacles on his
journey to greatness – leaving his home and adjusting to a new life in America, the constant struggle to be the
best, defying his father who had been his greatest supporter, and the heartbreak of finding and potentially losing his first love…