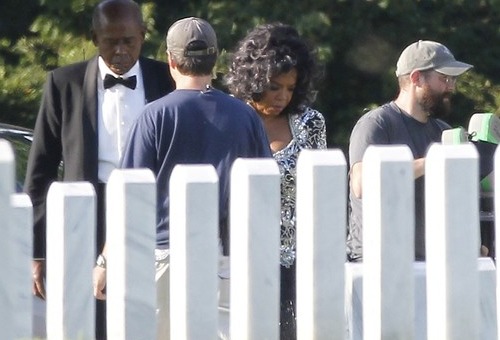 Harvey Weinstein and David Boies just appeared on “CBS This Morning” to talk about the fight over the title to “The Butler.” Harvey asserted that Warner Bros. is retaliating against him because he retains some rights to “The Hobbit” dating back to his and brother Bob’s early ownership of “Lord of the Rings.” Warner Bros., of course, says it isn’t true. What follows is a transcript. PS Floyd Abrams speaks for WB. But I think his reasoning is off. The MPAA title registry protects well known movies like “The Artist” or “The King’s Speech” so the consumer avoids confusion. But the 1916 short film “The Butler,” which Warner Bros., is “protecting” has never been seen by a person alive on this planet or even heard about or discussed prior to this. Floyd Abrams is very smart, but I don’t think this argument works.

NORAH O’DONNELL: And we welcome Harvey Weinstein back to Studio 57 along with his attorney David Boies who is in Washington. From London we’re joined by former senator Chris Dodd, the Chairman and CEO of the MPAA. And from Irvine, California, First Amendment attorney Floyd Abrams. Good morning, welcome to all the lawyers. We know how important this is given how many people are involved. Harvey let’s start with you. Warner Brothers says they own the rights to the title “The Butler.” They re-registered it as recently as 2010. Why are they wrong?

HARVEY WEINSTEIN: It’s not that they’re wrong. It’s just, a grace note would have said, this is a movie about Civil Rights. 28 individual investors financed the movie. And 122 times in the history of movies, titles have been used and repeated. And our understanding with them was that this was just going to be the simple process that it always is. Sandra Bullock and Melissa McCarthy have a movie out called “Heat.” Jason Stateman is shooting a movie called “Heat” Bob DeNiro and Al Pacino made a movie called “Heat” and ten years before that Burt Reynolds made a movie called “Heat.” And “Unstoppable” has been done 5 times. 122 instances. These guys told us they were going to do the normal thing, the normal business they practice and I think there’s an ulterior motive.

SEN. CHRIS DODD: Well, and again it’s good to be with everyone. I’ve gotten to know everyone pretty well whose on the program this morning. It’s almost 100 years old but it’s called the Title Registration Bureau, it was established in 1925 to set up a mechanism for easy dispute resolution where registerers and subscribers, there are over, between 3 and 400 individuals or studios are subscribers to the Title Registration Bureau. The Weinstein Company obviously is one of them. They’ve submitted titles like “The King’s Speech” and “The Artist” and “The Untouchables” to give examples, and it’s designed to protect consumers so they’ll not be confused by titles, to protect authors, so the titles don’t get duplicated. And when that happens, and I’m not familiar with the cases that my good friend Harvey cited, but that’s where you go and you work this out between the companies. That’s the role of the registration bureau, which was established as I said in 1925. When you become a subscriber voluntarily, you’re not forced to, it’s entirely a voluntary system, you sign an agreement saying I will abide by the rules. The rules are in place. You can argue about whether or not you like the rules or not. There’s an appeals process. I would just like to say once again, and I tried all last week as Harvey knows, the very good people of Warner Brothers. Barry Myer, a wonderful individual as well. They need to sit down and resolve this. There’s an appeals process, go through that. There’s no reason why this needs to become as large an issue as it is.

NORAH O’DONNELL: Let me bring in David Boies, your attorney. David, the film is set to be released August 16. The clock is ticking here. What are you going to do now?

DAVID BOIES: We’re going to have to find a way to get this important Civil Rights movie out. One of the things you have to understand, I think there are really three things you have to understand. If this was to do as my friend Chris Dodd says, there wouldn’t be a problem here. There’s no confusion. The 1916 was a silent, short subject, nobody alive virtually has seen it. Not on DVD, not on television. There’s simply no chance for confusion. What’s going on here is they are using the power of the MPAA, which afterall is an organization of all the major studios, to say we’re going to restrict competition from this new film. And that’s wrong. It would be fine if the goal was what Chris says, to protect competition. And I know my friend out in California, Chris’s lawyer, would agree with me. We want to protect consumers but we also want to protect competition. There’s one other point that you’ve got to remember. When you talk about “White House Butler” or “Lee Daniel Butler,” those were titles that the Weinstein Company registered by the MPAA’s own rules, and yet their arbitrators said the Weinstein Company can’t use those titles either. That’s just wrong.

GAYLE KING: It’s clear David, there’s a lot of friends at the table, but still we find ourselves in the middle of a dispute. Warner Brothers says this in a statement to us. “The Weinstein Company is breaking the MPAA’s rules and following a well-trodden path of publicizing controversies of disseminating misinformation as to the nature of this dispute.” They accuse the Weinstein Brothers of “breathtaking hypocrisy.”

DAVID BOIES: Let me respond to that if I can. You have a situation here in which two things are not in dispute. First, Warner Brothers only claim to this is a 1916 movie that no one has ever seen. And second, the arbitrators is preventing the Weinstein Company from using titles like “The White House Butler” and “Lee Daniels butler” that the MPAA had already approved. Those are undisputed facts.

GAYLE KING: Harvey there are many that say this is a typical Harvey Weinstein movie, trying to drum up publicity, they could have settled and they didn’t. What do you say to what the Warner brothers company is saying about you?

HARVEY WEINSTEIN: We did try to settle it. I went through this with “Bully” and I’ve gone through this all my life.  My dad taught me to fight injustice. This is unjust. This movie is coming out August 16. I was asked by two execs at Warner Brothers, which I’m happy testify to, that if I gave them back the rights to “The Hobbit” they would drop the claim. For a 1916 short? This was used as a bullying tactic —

ANTHONY MASON: You think this was something else about this?

GAYLE KING: Floyd Abrams, is this really about something else?

FLOYD ABRAMS: What it’s really about it people keeping their word. The Weinstein Company agreed, signed a contract to participate in this system, where movie titles would be protected. And part of that system is that companies can designate a certain amount of titles as protected. The Weinstein Company has done this. Why do you think “The Artist” is protected? Or “The King’s Speech”? It’s because they said, and they had every right to say it, no one else can use this title. Now the system works by saying, if you can’t agree, and apparently they haven’t so far, you go to arbitration. They went to arbitration, they lost. They had a right to appeal, and they are appealing, which is what they should be doing. But the idea that this is some sort of effort to suppress a movie, it’s just not true.

ANTHONY MASON: Harvey, you know the rules of this game. You played the game and you lost. Why are you still fighting?

HARVEY WEINSTEIN: To call the movie “The Butler” — if we run ads with “The Butler,” the MPAA is $25,000 a day in penalties. We have to pull 5,000 trailers from the theaters, we have to pull our website down, all of which we complied with. And the movie’s coming out August 16. And 28 individual investors did it. What the hell do they need the title for? They’re not making a movie called “The Butler.” There’s a 1916 silent movie. Come on. If we were watching this as a movie we’d say this smells. Where’s the culprit at the end of this?

GAYLE KING: Some could say Harvey, you can change the title.

HARVEY WEINSTEIN: What should I call it?

GAYLE KING: Senator Dodd, you get in here then we’ve got to go.

SEN. CHRIS DODD: There is an appeal process. And again since 1925, the system has worked. When you sign up for this, you agree to play by these rules. There’s still an appeals process. Sit down, talk to each other, you’ve got great lawyers right here. They’re from different companies, they know eachother well. Sit down and work it out. This is silly.

GAYLE KING: Alright Senator Dodd, all we know is this. August 16, “something something” is going to be opening up.