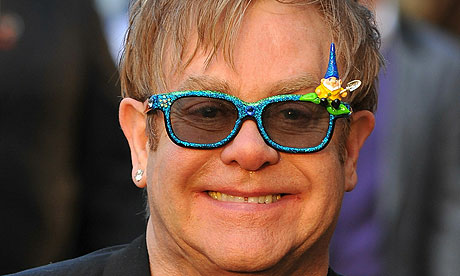 UPDATE: Sir Elton emailed us: “I still have the appendix.Have done nine concerts and our Summer Ball with a burst Appendix.I am SO lucky.”

Earlier: Poor Elton John! He really is eternally youthful. He still has his appendix! But now he has appendicitis, and so his European tour has been cancelled, as well as a big date in Hyde Park in London. Anyone who knows Sir Elton knows that he loves to do shows, and hates to miss one. But what can he do? After a round of antibiotics, those appendix must come out. Luckily he has the National Health, and all of it will be free. So we wish him a speedy recovery. And he will get to spend time with his two little boys and partner David Furnish, so it’s not a loss. PS The Elton John AIDS Foundation received its 8th in a row 4 star rating from Charity Navigator today. Congrats! In Sir Elton’s honor, make a donation today www.ejaf.org