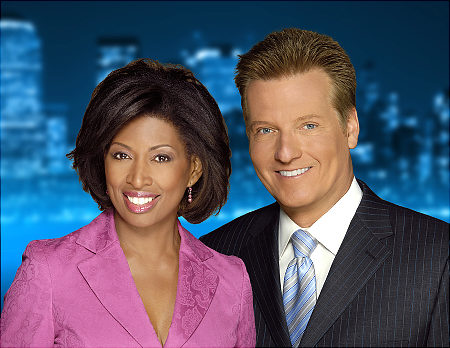 After 20 years, Brenda Blackmon is off the air. Very quietly, Fox News aka News Corp aka 21st Century Fox has cancelled the 10pm newscast on WWOR-TV, aka My9, on Channel 9 in New York. This leaves WWOR, already in hot water with the FCC and media groups for almost no local or public affairs coverage, with a weekly half hour issues show on Sunday morning.

Once called WOR TV, Channel 9 in New York was famous for the Mets, “Romper Room,” and Morton Downey, Jr. Fox bought in 2001 even though they already owned Channel 5, WNEW, now known as Fox 5. The late night news with Blackmon and — most recently– Harry Martin — was the only local live show they had remaining.

Blackmon won all kinds of awards for local reporting during her 20 year run as the anchor of Channel 9 news. In addition to hard news, she also handled entertainment. Last year she scored the first interview with Cissy Houston after Whitney’s death–long before the big networks.

Now they say a half hour canned show called “Chasing New Jersey” will air at 11pm. Martin will go to Fox5. Blackmon, an award winning journalist and much respected, has been reassigned to the Bermuda Triangle.

WWOR has had license problems under its Fox regime since at least 2007. Late senator Frank Lautenberg was among those leading the charge at the FCC questioning Fox News’s “duopoly”– owning two local stations in a major market, as well as the New York Post.

The license was renewed based on WWOR promising to concentrate on news for northern New Jersey. Media watchdog groups petitioned the FCC saying the station wasn’t fulfilling that duty and had few actual employees in New Jersey. The station had moved to New Jersey from New York years earlier, pre-Fox, in another dispute with the government.

Now that the newscast is gone, and My9 is relegated to syndicated reruns of sitcoms and reality shows, expect the critics– like Voice for New Jersey– to get much louder.

LIVE UPDATING Warner Discovery Will Merge HBO Max with Discovery Plus, Brands Remain, “Batgirl” Was No Good, “Our job is to protect the DC brand”