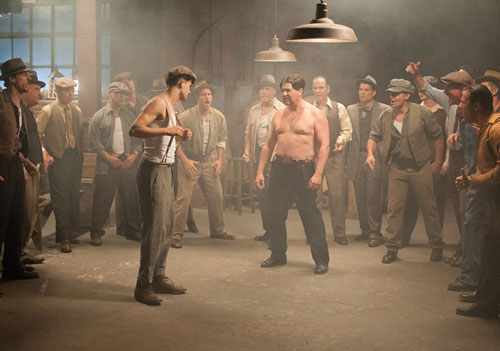 EXCLUSIVE Our old pal and sometime videographer Chris Barrett is sporting a pair of Google Glasses these days. Last night in Wildwood, New Jersey Chris caught what might be the first ever live fist fight and police arrest with Google Glasses.

Chris tells me he put on the glasses a few minutes before the fight began. Only one person on the crowded boardwalk asked if he was wearing Google glasses. “Otherwise, no one bothered me. I was able to get much closer with the glasses than if I had had a camera. I even got up behind a cop and he didn’t say a word to me.”

The battery lasted an hour, Chris says, and was able to film everything. “This is just the beginning,” he says. “There are going to be privacy issues. But when you’re out in public, what can people do?”

We’ll have some more updates from Chris soon as his adventures with Google Glasses continue.