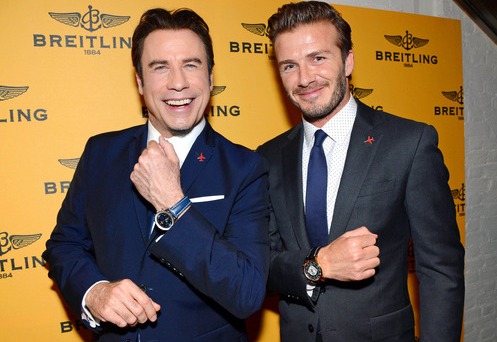 Last week was a strange one indeed when it came to James Gandolfini’s funeral. Forget Hilaria Baldwin and her non-Twitter non-scandal. Right after Gandolfini died, John Travolta appeared on TV to promote his awful new movie “The Killing Season.” He said he’d been in six movies with Gandolfini and that he would always take care of his family.

Travolta said on “Good Morning America” that Gandolfini helped him through son Jett’s death. So Travolta would return the favor. “My goal is to make sure that his family is okay,” Travolta said. “His little  boy, I watched him grow up, and his brand new little girl. We’ll just make sure  they’re taken care of.  That’s the whole idea.”

But this is the hypocrisy of Hollywood. On Thursday, when many stars — including Steve Carell and Chris Noth–came to Gandolfini’s funeral, Travolta was nowhere to be seen. The only member of “The Sopranos” who absolutely could not be there was Steve van Zandt, who was on tour with the E Street Band in Europe. His wife, Maureen, however, represented him.

Lorraine Bracco came in from Los Angeles, where she’s shooting “Rizzoli and Isles.” Paramount chief Brad Grey flew in as well. He was the producer of “The Sopranos.”

And Travolta? Moved though he was by Gandolfini’s death, the “Saturday Night Fever” star was in London. He wasn’t shooting a movie. He was being paid to promote Breitling watches.

According to a Breitling press release:

“Traffic on Bond Street stopped as John Travolta was presented with the scissors to cut the ribbon, flanked by 12 beautiful models as well as the Breitling Jet Team and the Red Arrows.

Following the store launch, Breitling’s guests were driven to world famous private members club Annabel’s in a fleet of 10 Bentley’s for a private dinner and DJ set by Isaac Ferry, where they enjoyed Louis Roderer champagne, a selection of specially created Breitling-inspired cocktails and a delicious dinner including Thai baked Seabass.”

Time, you see, waits for no one. Tick tick tick…