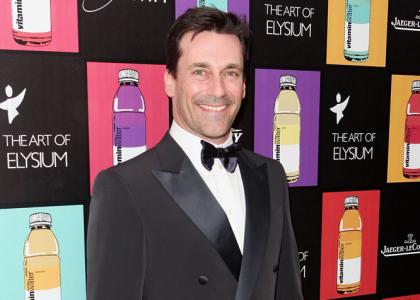 Matthew Weiner pulled out all the stops tonight for a season finale, didn’t he? No cliches, none of the stuff we all wondered about. Except maybe whether Ted would leave his wife for Peggy. But really, it was all about coming clean. And Jon Hamm, I think, scored his Emmy nomination and win in that speech to the Hershey’s people.

The final scene: heartbreaking. What a whirlwind this episode was. But Weiner may be suggesting that Don has a future after all. This is a lot different than what water cooler talk has indicated. Amazing. And for “Mad Men” incredibly uplifting.

And what are left with: Peggy in Don’s chair. Don removed from the agency. The show resuming in early 1969 for Season 7. Will Megan leave Don? (I don’t think so.) Ted is gone– goodbye to Kevin Rahm, who deserves an Emmy nomination. Bob Benson is the Devil incarnate. Frightening. But Roger and Joan have a future– and everyone wants that.