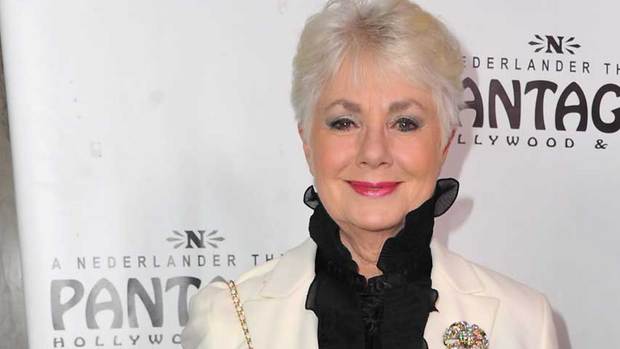 I know that “Hot in Cleveland” has a Susan Harris-like wackiness, so this probably seems right to them. But Shirley Jones, the great Hollywood star of “Oklahoma!” and “Elmer Gantry” and “Carousel” will appear on the live premiere of the TVLand show on June 19th. Are you ready? She’s playing the mother–the mother– of William Shatner’s character, whatever that is. Shatner, the forever James T. Kirk, is 82. Hmmm….Betty White, 91, and youngsters Valerie Bertinelli, Wendi Malick and Jane Leeves are the regulars….No one’s mentioned their ages, the fact that Jones is younger than Shatner and more appropriately aged to play his sister. But that’s TV, I guess. Jones’s most famous role as a mother was as the matriarch of “The Partridge Family.”