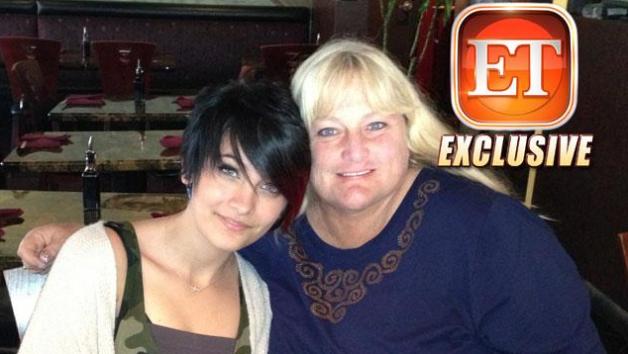 Exclusive from inside the Jackson house in Calabasas: this isn’t the first time Paris Jackson has tried to hurt herself. Inside the house it’s known that she’s a cutter (TMZ has some photos that indicate that). She tried to cut her wrists this time.

“She’s a handful for the Jacksons,” says my source, “They dont know what to do. Paris suffers from depression. She’s lonely, she thinks no one loves her. Or is listening to her. This wasn’t about not going to a Marilyn Manson concert. She doesn’t want to be controlled or told what to do.”

My sources say Paris has also asked to be emancipated. But a lot of these things are typical for 15 year old girls who are smart and rebellious. Add to that all her other pressures and Paris has some big issues. One of them will be whether Debbie Rowe now tries to gain legal custody and take her daughter out of the Jackson home.

Meantime the sheriffs department in Calabasas has confirmed transporting a patient to the hospital after a medical emergency.