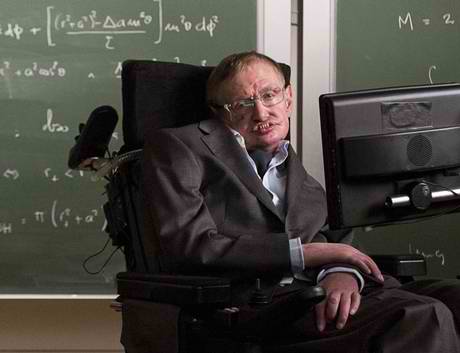 Exclusive: Genius physicist and Albert Einstein of our day, Stephen Hawking is best known for publishing “A Brief History of Time.” Now his life and theories are going to be put on the big screen for everyone a la “A Beautiful Mind.” I am told that James Marsh, who made “Man on Wire” and many other fine films, is scheduled to direct a film called “The Theory of Everything.” It will comprise Hawking’s life and teachings. The title is from his 2007 book of the same name that comprised four lectures. The word is that casting has begun and the producers– Eric Fellner and Tim Bevan– are looking for the  2013 version of Daniel Day Lewis. Hawking is only wheelchair free for the first ten pages of the script. After that, his physical life will be portrayed as he is today. There’s an Oscar in there for whoever plays him. Of course, as always, Robert Downey Jr. comes to mind.