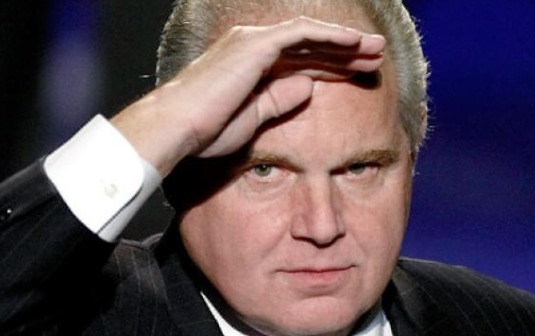 I don’t know who’s planting what stories in what places, but somehow the story of Rush Limbaugh’s probable exit from Cumulus Radio and WABC in New York has been screwed up. The usually on the money David Hinckley wrote something in the New York Daily News about Cumulus’s chief blaming Rush for low ad revenues, and Rush being mad at him. Huh?

Listen, kids: Clear Channel bought WOR in New York last year from the Buckley family. They already owned Premiere Radio, which syndicates Rush and Sean Hannity and Glenn Beck. The plan has been for quite a while to bring Rush and Sean over to WOR, and maybe even Beck, and to build that station into a Clean Channel conservative bastion. The rest of this is all static.

Maybe WABC and Cumulus need to publicize an excuse, but this is what’s going to happen. How I do know this? For one thing, I read it in the Daily News last December. For another: WOR let go of popular host Dr. Joy Browne and moved a few things around in anticipation of the Clear Channel changes. WOR, which has for so long been unique in New York for its local feel (Joan Hamburg is the Queen of New York radio) is about to go national. WABC will have to rejigger itself once the big conservative guns leave.

And meantime, Mark Simone is the best new addition to WOR. And he was already brought over from WABC. So the plans are pretty clear. And Clear Channel also brought in a new Program Director in January– Tom Cuddy, the man who ran WPLJ-FM, a great success, for 19 years. Clear Channel is going to turn WOR into its New York beach head.