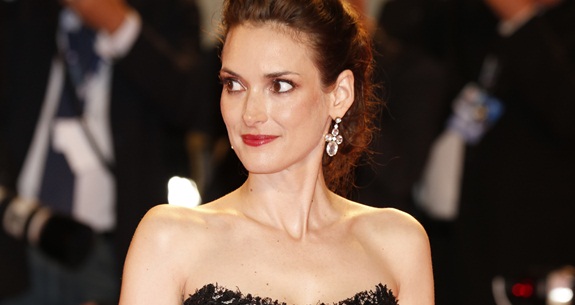 Exclusive: If you’d asked in 1995, I would have said that the young actress most likely to conquer Hollywood, the Oscars, everything would be Winona Ryder. But life and events unwound her trajectory. We needn’t rake it all over now.

“I’m 41 now,” Winona said last night at the Soho House party for “The Iceman,” the movie that could bring her back. (She said after someone suggested she could have played Daisy Buchanan in the new “Gatsby.”) She looks the same as she did at 31, maybe better. She’s still a precise actress with a great gift. In “The Iceman” she plays Deborah the clueless wife of real life hit man and mobster Richard Kuklinski. Michael Shannon is absolutely chilling (and oddly endearing) as the crazy killer. Ryder is his ethereal partner, mother of his children, who maybe gets an inkling of what her husband really does for a living too late in the game.

At last night’s premiere, Shannon and Ryder were joined by co-star Ray Liotta (who’s almost a second lead, and damn good), as well as James Franco– who has a short, moving cameo. Also featured in the film are two well known Hollywood guys — David Schwimmer and Chris Evans–whose looks are so altered that you almost don’t recognize them. They’re terrific, as if the ever-evil Robert Davi.

After a bit, Justin Long stopped by the party to say hello. He, France and Ryder are trying to make a film of “The Beard” together. It’s one of Franco’s many projects.

And Winona? I can tell you she’s just signed to star in David Hare’s sequel to his British film, “Page Eight.” This is a big deal. Hare may use some of the “Page Eight” cast too, like Bill Nighy and Rachel Weisz. But it’s Winona’s turn. There’s an Oscar in her future. You can feel it.

By the way, it’s nice to know that Ryder is living full time in her home town of San Francisco. She’s also got a very boyfriend, her age. and they seem very happy. She tells me she’s very involved with literary doings at City Lights, and is still close to legendary poet, Lawrence Ferlinghetti, age 94. “He still rides his bike to the store,” Winona said and her famous eyes grew even wider with glee.