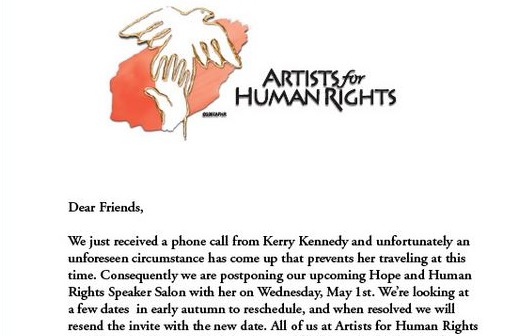 Remember that salon-cocktail party scheduled for tomorrow at Anne Archer’s house in Hollywood? Kerry Kennedy, daughter of the late Senator Robert F. Kennedy Jr, was scheduled to speak in front of well-heeled Scientologists including Archer. Everyone was upset that Kennedy would lend her family’s name to legitimize a cult. Well, now comes word thanks to the intrepid Tony Ortega (www.tonyortega.org) that Kerry has bagged the appearance, and the whole salon has been cancelled. It’s unclear if this was because Kennedy finally wised up, or if she has her own legal problems and isn’t allowed to leave New York. Either way, it’s a good thing.