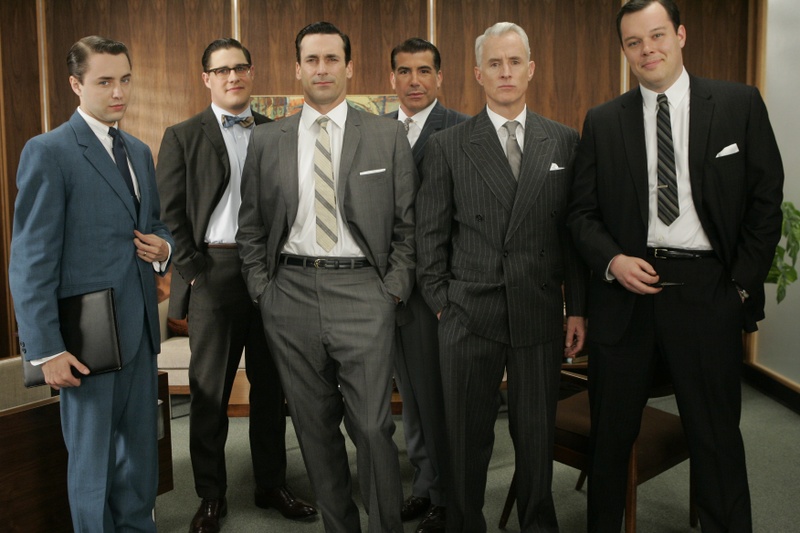 “When they finish the Second Avenue subway this aprtment will triple in value.” That’s what the realtor says to Peggy in last night’s episode of “Mad Men.” Date: around April 1, 1968. And now on almost May 1, 2013–the Second Ave. subway is not nearly finished. Second Avenue is in shambles.

But back to current events: “Mad Men” didn’t do a lot with the Kennedy assassination. At least the murder of Martin Luther King is presented with a lot more drama including the New York riots. The episode is called “The Flood.” It’s supposed to be biblical. But a lot of things happen as the flood gates open: violence is suddenly engulfing our friends. And for the first time I can recall, the language is changing. The word “shit” is heard several times. “Mad Men” has not been a show known for coarseness. But the world is changing. Is this how it happened?

It’s reactions from the main players, especially the awkward moment between Joan and Don’s secretary, Dawn. And Pete’s indignation when Harry trivializes what’s happened. Isn’t it interesting that Pete is a pig when it comes to women, but a knee jerk liberal who really has strong idealology? He really is an expression of the Kennedys. And Harry is right: ABC broke into “Bewitched” to announce the assassination. I can still remember it.

There were guest stars in this episode too: Harry Hamlin, of all people, who may wind up in an arc of a story pursuing Megan. And William Mapother as a potential client for Roger Sterling. It’s the fifth episode of the season, and now there’s some action.

Peggy is trying to buy that apartment on York Avenue in the East 80s. It’s a two bedroom with a balcony, and it costs $28,000. Are you weeping now?

Finally “The Flood” is about simpler things: parental bonding. First Megan has a fight on the phone with her French father. Then Don is stuck with his son, Bobby, whom he has almost never regarded. They wind up seeing “Planet of the Apes” twice and maybe bond a little. (The movie opened on April 3rd, the day before the assasination.) Don’s drunk realization that he no relationship with these three kids could be pivotal. Will he rise to the occcasion? We’ll see. Even Don knows he has the most anti-hero ever.

And PS: Henry Francis is going into New York State Republican politics. Yeesh. Here we go. Nelson Rockefeller is just around the corner.