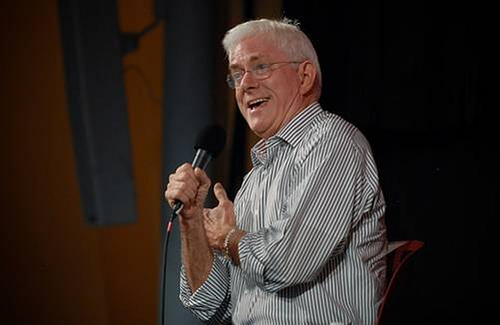 Phil Donahue is 77 years old. But that’s not stopping him. The celebrated talk show host turned activist and filmmaker is down in Dallas this morning where he’s going to lead a protest against George W. Bush and the ceremony to open his presidential library. Donahue– like many– still holds Bush accountable for the Iraq War. His excellent documentary, “Body of War,” released in 2008, graphically depicted what happened to American soldiers who were grievously wounded. The film is remarkable and important. While Bush faithful gather for the ribbon cutting today, Donahue will be right across the street giving voice to millions who don’t get a chance to express their feelings. Last night Donahue screened “Body of War” for free at the Angelika Theater in Dallas.

…coinciding with the dedication of the library on April 25, 2013 in Dallas.