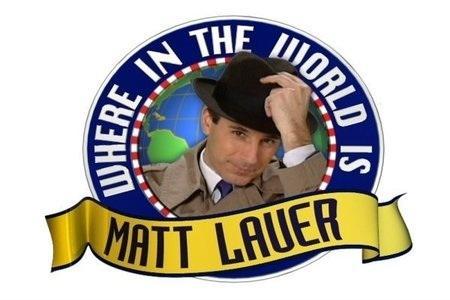 UPDATE: Matt Lauer got a one minute or less stand-up from West, Texas. Now we know why Lauer rhymes with “Glower.” He looked like he was going to bit through his jaw. It’s not his fault. The “Today” is presenting a newscast from 1956. Meanwhile, “GMA” has a correspondent who spoke in Russian to the suspects’ father. “GMA” is active, busy, with cuts to everyone. NBC is static. Poor Savannah. They’ve given her nothing. While Stephanopolous is being set up to talk to everyone–now a neighbor who saw everything this morning–Guthrie is just by herself. Tragic.

EARLIER: George Stephanopolous is anchoring “Good Morning America”‘s coverage of the Boston emergency. Their chief investigative reporter Brian Ross is on the air right now. Charlie Rose is at his position on CBS’s “This Morning.” CNN  has Chris Cuomo, recently added to the network, interviewing a friend of the bombing suspect. But over on the beleaguered “Today” show, it’s the very nice but secons stringer Lester Holt on the ground in Watertown. Savannah Guthrie, looking like a deer in headlights, is anchoring the desk in New York. Where in the world is Matt Lauer? Waco, Texas.

In what can only be described as a terrible decision, Lauer was deployed for some reason to the Waco explosion story instead of being sent to Boston where a closer and more urgent emergency has been unfolding since Monday. With all the crazy errors this week in various media (especially the New York Post), this may be the last straw.

ABC News even scored an interview with the bombing suspect Dzokhar Tsarnaev’s classmate, Sierra Schwartz, an hour before NBC put her on the air with Guthrie.  Ouch. NBC News, oddly, is also absent Brian Williams. But the MIA Lauer is a black eye this morning considering revelations this week in the New York Times Magazine from a new book about how the “Today” show tortured Ann Curry before she was ousted from the program last year.

Update: and it’s really a disaster on “Today.” The show is cutting between talking head Guthrie and a correspondent in Boston standing behind an inactive barricade. Meanwhile, “GMA” is action, action, action. Frankly, I’m surprised. NBC has nothing. It’s just Savannah and tape packages. Yikes. Guthrie (9:39am) now turns to Al Roker for weather in Chicago. Wow.

My advice: cbs.local.com.com which is WBZ in Boston. They’re live streaming from Boston, and they’re excellent.