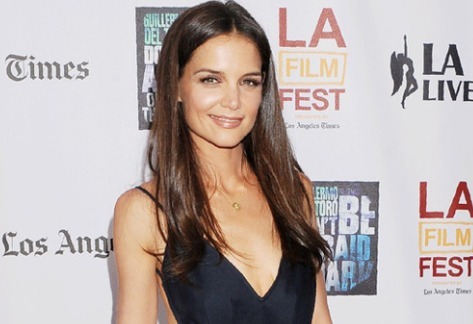 As we await word on Thursday for the Cannes Film Festival selections, there is a film that may make the cut. It still has no title, but Christian Camargo has directed a modern day version of “The Seagull” starring Katie Holmes, William Hurt, Jean Reno. Both Mark Rylance and his daughter Juliet are in it–she’s married to Camargo, whose mother, Victoria Wyndham, played Rachel Cory on “Another World” for most of its 35 years on NBC. Got that? (And Juliet was born when Mark Rylance was only 19, got that? Talk about a soap opera!) Christian Camargo, who’s 42, is justontheverge of being a big deal, is considered an accomplished theater actor and up and coming director. If this untitled film is ready for Cannes, it will be quite a feather in his cap. If it’s not ready yet, look for it to emerge in Venice or Toronto. Either way, this will be a big deal for Katie Holmes, who’s looking to re-start the film career she more or less abandoned to marry Tom Cruise.