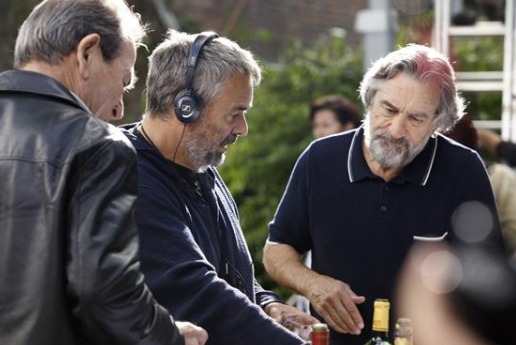 More news from Cannes 2013 as filmmakers are waiting to hear if their babies are going to the Croissette. The latest: French filmmaker Luc Besson is hoping his “Malavita” will make the cut. “Malavita” certainly has all the pedigree it needs. Besson is French and he was the head of the jury back in 2000.

The film stars Robert DeNiro, who ran the jury two years ago,  Michelle Pfeiffer, a real Hollywood star whom everyone likes, and the under appreciated Tommy Lee Jones. The film is set in France, which also helps.”Malavita” is based on a novel about an American Mafia family that relocates to Normandy, but have trouble adapting to local ways and giving up their hobbies (like killing people). Two Sopranos–Dominic Chianese and Vincent Pastore– make appearances.

Besson is an odd duck in the film community. Best known for “Le Femme Nikita,” he’s directed a lot of so so movies. He has an indifferent following in the U.S. But he’s a prolific producer in France of films and television. So, who knows? There’s a good chance “Malavita” will be somewhere in the mix.