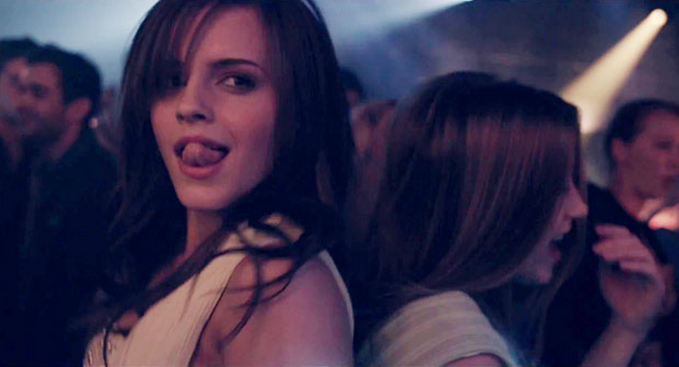 As the news and rumors come in fits and starts: Sofia Coppola is a favorite of the Cannes Film Festival. I will never forget the reception her brilliant “Marie Antoinette” got — boos and standing ovations. Now I hear that Coppola’s “Bling Ring” is the likely opener for Un Certain Regard, one of the mini-programs that run within the larger Festival du Cannes.

“The Bling Ring” opens here on June 14th, and stars “Harry Potter” actress Emma Watson. She leads a group of nutty fans who track Hollywood celebrities’ movements, then break into their homes and steal stuff. In real life, this happened, and the thieves stole around $3 million of jewelry and other items from Paris Hilton and other stars between August 2008 and October 2009. In the movie, which also stars Taissa Farmiga, Watson does a little pole dancing in a celebrity’s closet.

“The Bling Ring” sounds like hit number 2 from A24 Films, which also has “Spring Breakers” in release right now, and booming at the box office. The company, owned by Guggenheim Partners– owners also of the Hollywood Reporter and the Golden Globes–had an early misstep with Charlie Sheen’s comeback film “Charles Swan III.” It made no money whatsoever and died a quick death. But A24 seems like they are now focusing on movies with a very young, cutting edge feel. Good plan.