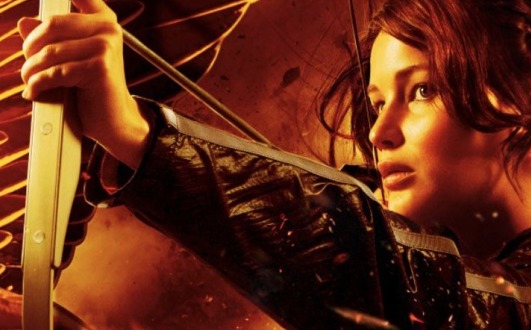 Everyone’s starting to talk about the 2013 Cannes Film Festival. Which films will make the cut, or be ready? We already know that “The Great Gatsby” will open the festival on May 15th– even though the film will screen in New York on May 1st with a premiere and open on May 10th in the U.S. The closing film was just announced, as well–Jerome Salle’s “Zulu” with Forest Whitaker and Orlando Bloom, shot entirely in South Africa. Alexandre Desplat composed the score. Audrey Tatou will be opening night hostess.

But what else? I can tell you exclusively that at least footage and some kind of presentation will be made for the second chapter of “The Hunger Games,” called “Catching Fire.” This is a good way to get newly crowned Best Actress Jennifer Lawrence into Cannes, along with castmates like Josh Hutcherson, Liam Hemsworth, Stanley Tucci, Philip Seymour Hoffman, and Toby Jones.

I’m also told that Steven Soderbergh’s “Behind the Candelabra,” starring Michael Douglas and Matt Damon, may go into competition. The HBO film here will be a theatrical release abroad. It’s all about Liberace, and those who’ve screened it already say it’s a winner. With a script by Richard La Gravenese, and the potential of a real Hollywood star– Debbie Reynolds– coming to town, plus this being Soderbergh’s last movie (at least for a while), this could be a sensation.

Also on the docket: “Inside Llewyn Davis” from the Coen Bros, already bought by CBS Films here, and said to be a knockout. Oscar Isaac, Justin Timberlake, and John Goodman lead the cast of this 1960 saga of folk music in Greenwich Village. What’s the common demoninator between the Village of that era and France? The beret, mon frere!

Keep checking, as with Cannes, c’est la vie, everything changes…