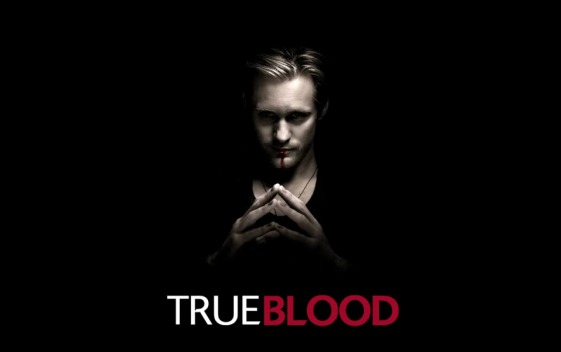 The movie follows the lives of a group of people, “Crash” style, whose lives are upended by the ways they use or engage with  technology. It’s the first fiction feature by Henry-Alex Rubin, who directed “Murderball,” the terrific 2005 documentary about quadriplegic athletes. (In “Disconnect,” one of the “Murderball” athletes has a cameo.)

We also spotted Glenn Close, and Grace Coddington, the creative director of American Vogue. There also seemed to be an army of gorgeous 7 feet models, who were there for designer Marc Jacobs who plays an online pornographer. “He’s brilliant at everything so I hope he’s brilliant at acting,” Coddington told me, who said she was there to support the designer. “He’s a great model you know. He’s always modeling. And he looks beautiful, so I think he’ll be great in the movie too. Is he here tonight?” No he was not.

Elizabeth Olsen, dressed down in jeans and a grey blazer, chatted with Paula Patton, who was a bombshell in a tight white Gucci gown with a plunging back and coral-stone accents.

On the red carpet I asked the ebullient director what inspired him to cast Jacobs.

“That was really just on a lark. I hadn’t planned on having Marc Jacobs in my film but my friend who was going to play the CD online cyber pornographer backed out when his wife read the script.”

That would be Simon Hammerstein, who runs The Box, the downtown theater/cabaret/hot spot that features sometimes sexy and outrageous acts. His wife said the role was too lewd and he “wasn’t allowed to play the role” so Rubin was left in the lurch just days before shooting.

“So I had a very short amount of time to figure out who was going to play that character. I rang up Marc, texted him, he’s an old friend, and asked him if he’d be in the movie. I had made a short film with him once, where he was quite funny, so I knew he has acting instincts even though he’ll tell you he doesn’t. He’s very talented.”

“But I’m sad to say this is the one and only film he will ever be in.”

“I think the experience was a little much. Forcing him to be outside all night long in the cold, bitch-slapping actors, repeatedly, was just not his cup of tea. He’s very happy with the end product but in the moment I think he realized that acting was not maybe as fun or as glamorous as he hoped it would be,” Rubin said sadly.

Jacobs is pretty, good, very convincing as a tough, sleazy pornographer, who is a sort of den mother to underage kids who perform lewd sex acts online for money. He’s also got a fight scene where he throws a mean punch, even if it’s at a pint-sized woman. Rubin said those were the toughest for the designer: “Marc is a guy who doesn’t raise his voice, so it was difficult to get him to raise his voice in this film, to yell, to be aggressive or snarky in any way because he’s just an incredibly sweet person, by nature.”

The wardrobe in the film was also challenging to the designer. He wore acid-washed jeans, a denim hood, crystal earrings and New Balance sneakers. “It’s all just in bad taste,” Rubin laughed.

Then next on the red carpet, Alexander Skarsgard, the handsome Swedish actor who plays vampire Eric Northman in “True Blood.” He’s about 6’4”, so tall my neck still hurts from looking up at him.

You look like you should play Tarzan I told him.

“Oh do I?” Skarsgard replied slyly. He may soon become a Tarzan boy in the David Yates film.

The “True Blood” actor told me they were halfway through filming season 6. I asked if there was any interesting character development in his role.

“Well he’s very busy this year. There’s a full on war going on between vampires and humans. Humans have finally figured out a way – I’m not going to reveal what or how – to actually be a threat to vampires, so that’s what’s going on. We’re busy fighting humans.”

Jason Bateman told me he didn’t do Facebook, Instagram or Tweeter. “I’m basically an e-mail kind of guy, so maybe I’m not like the guy in the film.” He plays a father who hunts down the kid who cyber-bullies his son.

“Disconnect,” is a change of pace for the “The Identity Thief actor.”

“I don’t get asked to do a lot of dramatic work so I jumped at it,” Bateman said. “When you’re asked to so something that’ s high quality you say yes immediately, and the fact that it was dramatic was another plus. I do mostly comedy work so it was nice to be asked to something different.”

As for the future of “Arrested Development” he said there he didn’t know of any plans for a movie “yet.” A new season of “Arrested Development,” the cockamamie comedy, which originally ran for three seasons on Fox between 2003 and 2006, and starred Bateman, will be released on Netflix on May 26. The episodes will run in a marathon.

Did he know “Arrested Development” would air the same night as the HBO Liberace biopic, “Behind the Candelabra” starring Michael Douglas-Mark Wahlberg?

“Will it?” As for who will have the better costumes, “I’m sure they’re going to have us beat there,” Bateman said.