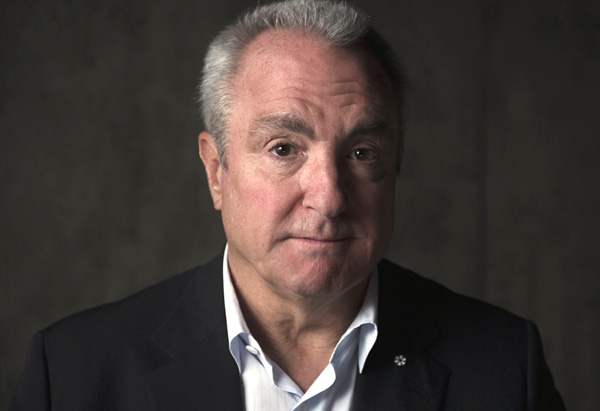 With the recent news about Jimmy Fallon, Lorne Michaels solidifies his position as King of NBC.  Still with “SNL,” now Michaels takes on the Tonight Show with Jimmy Fallon and “Late Night” with Seth Meyers. I’m told Michaels will visit NBC on the West Coast next week to put the finishing touches on all these arrangements. He will retain the title of Executive Producer on all the shows, but let secondary producers run “Tonight” and “Late Night” on a day to day basis.

That’s right. I told you this on March 22nd before anyone else: www.showbiz411.com/2013/03/22/if-jay-leno-is-out-lorne-michaels-would-have-snl-tonight-and-late-night-with-seth-meyers. Meyers is all but sewn up.

Michaels will now have three live shows running concurrently out of the same building, 30 Rock. I’m told  The guest booking alone will be overwhelming. Who does which show and when?

And then there’s the weekly grind of “SNL.” This season they lost Kristen Wiig and Andy Samberg. Jason Sudeikis is kind of gone. Meyers’ exit will be a blow since he’s head writer and does the “Weekend Update” news cast. “SNL” is going to be getting a major retooling. But there are some winners among the up and comers, especially Kate McKinnon and Taran Killam. Then you still have Bobby Moynihan, Kenan Thompson, and Fred Armisen. And Bill Hader remains Michaels’s true star. Will he stay another year? And why haven’t a savvy manager and agent come along and organized Hader into a big career? He’s actually kind of brilliant.

And so this new world opens up with Lorne Michaels, some 38 years after “Saturday Night Live” launched with the Not Ready for Prime Time Players. The inmates have finally taken over the asylum.

PS Maybe they’ll give him the Today show. He could fix it!