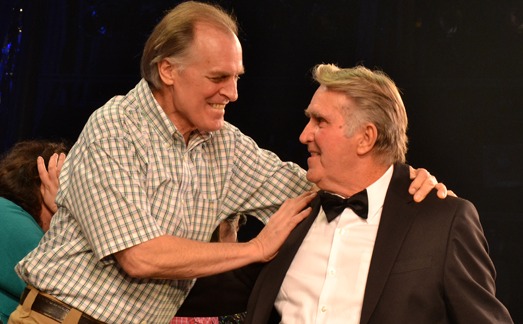 This is sad news: “Hands on a Hardbody,” a really fine musical that just opened, is closing on Saturday. Starring Keith Carradine, “Hardbody” is truly ingenious show with terrific songs and a brilliant staging concept. It’s the story of a truck giveaway in Texas and how a group of people stuck it out to the end in order to win the truck. “Hardbody” was based on a documentary, and at the Broadway premiere many of the real people who’d been in the contest back in 1995 came to New York for the show.

Alas, “Hardbody” did not have a strong advance sale, or a good commercial hook akin to “Motown” or “Kinky Boots” or “Matilda.” I do hope all of its elements make it into Tony nominations, from the fresh score and songs to the performers– Carradine and Keala Settle, who should be a shoo in for Best Featured Actress.

It’s always easy to figure these things out in hindsight, but “Hardbody” might have worked better at the Roundabout with a subscriber base. Last week, it played to just 58% of its capacity, which is just too low to hang on. And obviously, the producers didn’t have the money to keep it going. A fine effort. My hat is off to the people who worked on it.

PS An even bigger shame when you realize real junk like “Jekyll and Hyde” is coming back– just wasted money. Oy.