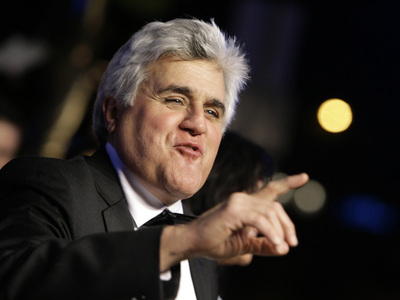 The dust has settled a little bit on the NBC Late Night Wars. Jimmy Fallon takes over for Jay Leno around March 1st, 2014. But where does that leave Leno? There was a lot of talk last week that Fox would jump at the chance to put Leno in at 11pm simply because he’s number 1. But now I am told quite definitively by someone who knows the inside workings of these sort of things: Jay Leno will not be starting a late night talk show at Fox.

According to my sources, Fox did explore the idea of having a late night show with Conan O’Brien three years ago when the carrot topped host was being pushed out of NBC. “We talked to the affiliates about breaking their syndication deals at 11pm for sitcoms. It was going to be done.” But since then, executives have changed, and so have positions. The 11pm sitcoms on local Fox stations do very well. O’Brien made his deal with TBS. And now Jimmy Kimmel is in at ABC.

Not signing Leno isn’t “age thing,” as the source says. And then again it is. “To make the show work, we’d have to have five years establish Jay on the network and in that time slot. He’d be 68 and that would be too old. Look at Jon Stewart. He’s really number 1 among those shows, and he’s been there on Comedy Central for years. For Jay it’s too late to start over.”

Leno has plenty of opportunities and decisions to make. At almost 63, he’s not exactly a doddering senior citizen. Thinking “outside the box” could lead him to some interesting new projects.But Late Night on Fox with Jay Leno isn’t going to be one of them. My advice: a once a week Ed Sullivan type live show with Leno, maybe on Sundays. It’s not like NBC has so many hits.