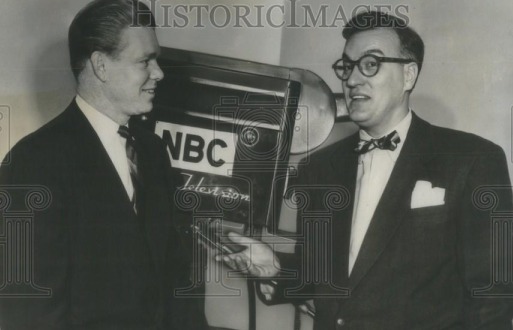 There’s a lot of explosive talk today about Matt Lauer leaving the Today show. It began with a New York magazine piece, continued into a second story on Deadline.com about NBC reaching out to Anderson Cooper to replace him, and has now echoed into the New York Times. The connection I still haven’t seen: that what’s going on with “Today” show this week is what happened to the “Tonight” show last week. Both shows are on NBC, and the signals being sent, however awkwardly, are coming from the same place: the new management.

As an NBC expert pointed to out to me today: Comcast wants all the old people out. I don’t mean senior citizens, although maybe that’s so. But they want a fresh look to a dead network. And that means Jay Leno and Matt Lauer. “Remember, the “New” NBC aka Comcast wants to get away from the old. Look at Fallon,” says my expert.

Also look at Elisabeth Hasselbeck at ABC’s “The View.” She will make her own exit announcement in April or early May. But what got leaked earlier this month was a smoke signal. It was a warning that Hasselbeck was done. Network executives never say things to talent’s face. They “let it be known.” And this was the month a lot was made known. March is going out like a lion.

The Cooper-Lauer thing? My expert says Cooper is probably ready to go to “Today.” His CNN show is endangered by changes taking place over there. Jake Tapper is the new ‘it guy’ at CNN. Cooper no doubt senses that. Chris Cuomo is also going to big man on campus over there. His CBS gig at 60 Minutes is by lend lease, and it just end.

And Matt Lauer? Even though I suggested this was all crazy, I was told “not so.” “Matt wants out. He knows everyone blames him for Ann Curry. If NBC wanted to buy him out, or move him somewhere else on the network, he’d jump at the chance,” says my NBC expert. “Matt has one foot out the door,” says my insider. “[This plan]– yes, it makes sense.”

Meanwhile, one week after NBC staged its public war with Jay Leno by using the press, Leno has calmed down, and is now talking succession with the brass. A week from now, Lauer, will probably do the same thing.

What’s next? Someone tested the waters a couple of weeks ago suggesting that Kathie Gifford and Hoda Kotb were at each other’s throats, and that someone wanted to move to LA. These stories are not complete fiction. My guess is they can be traced back to very related areas.