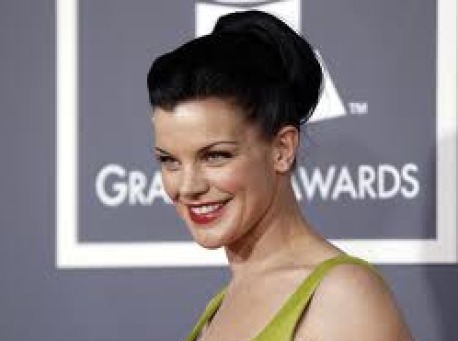 “NCIS” star Pauley Perrette is almost at the end of a long, harrowing journey with her ex husband. Scheduled for sentencing this week in a Los Angeles court room is Francis “Coyote” Shivers, whom Perrette managed to divorce after a short marriage. This was just at the beginning of her long run on “NCIS.” Shivers was recently convicted of violating a restraining order Perrette had in place against him. Shivers was also convicted on a second count of “prohibited electronic communication.”

Shivers — a Canadian national– knows very well from “electronic communication.” He spends most of his time on Twitter, inventing websites, and using the internet to cause trouble.

The charges carry potential prison time of two and a half years. Shivers–well known to the Los Angeles Police Department after years of complaints by Perrette and Shivers’s first wife, writer and rocker Bebe Buell–could get the maximum sentence.

Shivers, who is unemployed. has one only drawing card:   for a third time he’s managed to marry well– this time to a Brazilian heiress named Mayra Dias Gomes. Sources say her late father, Brazilian author Dias Gomes, an Oscar winner from the 1950s, left her millions. Gomes, much younger than Shivers, has spent a fortune defending him, using controversial Los Angeles mob lawyer Tony Brooklier, himself the son of a late Mafia legend, Dominic Brooklier.

The story was called “Pauley Perrette’s Endless Divorce Nightmare.” Shivers, who is infamously litigious, sued Fox over the artlcle and lost. At the time, Perrette said to me — referring to herself, Buell, and another woman, Angela Garber: “I’m the only thing standing between him and his next victim,” she says. “The three of us,” she adds, “fear for our lives 24 hours a day. We’re always looking over both shoulders.”

But come the sentencing of convicted Shivers, the ordeal may finally be over for the trio. Judges have recently become much harsher in their rulings against stalkers and harassers of celebrities, recognizing the dangers therein.