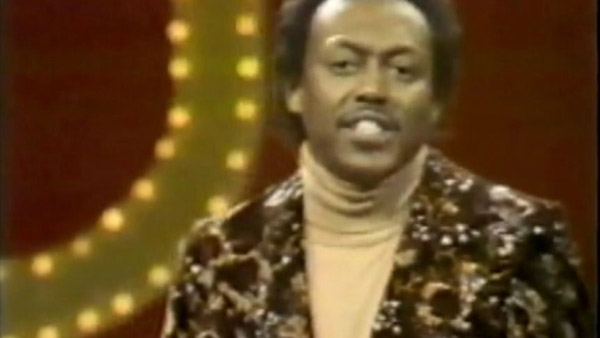 Bobbie Smith, one of the lead singers of The Spinners, died on March 16th. He was the absolutely sterling lead vocalist on the magnificent records — and dare I say major hits– “I’ll Be Around” and “Could It Be I’m Falling in Love”– as well many others. They were originally The Detroit Spinners, and were signed to Motown from 1964 to 1971. But The Detroit Spinners never really enjoyed the careers of The Temptations, Miracles, or Four Tops. It was only in 1970 that they finally had a smash hit with “It’s A Shame,” written and produced by Stevie Wonder with Syreeta Wright.

Fellow Detroiter Aretha Franklin recommended they move to Atlantic in 1972, and that’s when The Spinners exploded with hit after hit from “I’ll Be Around” and “Could It Be” to “Rubberband Man,” “Games People Play,” “Mighty Love,” and “One of A Kind (Love Affair).” Some of the those leads were sung by Phillippe Wynne, who died in 1984. But Smith is on most of them, changing off with Wynne. Smith’s voice is that reedy, sharp tenor with which those Spinners songs, as well “Then Came You” with Dionne Warwick, are associated.

The Spinners were somehow never in sync with their surroundings. They were on Motown, but didn’t really fit in. When they moved to Atlantic, their sound really came from the Philly Soul movement of Gamble and Huff, Thom Bell, etc. But in the end they were as big as any of their peers. Bobbie Smith was a major reason that they recorded music which will last forever. Justin Timberlake is imitating that sound now. But Bobbie Smith and The Spinners were the real, real thing.
In these videos, check out Bobbie- he’s in the center, no beard (that’s Phillippe), and watch him execute those leads. Beautiful.