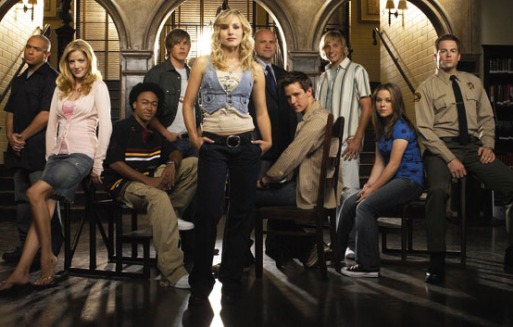 Rob Thomas–not the one from matchbox twenty– really wanted to make a movie of his long-cancelled TV series “Veronica Mars.” So he launched a Kickstarter campaign with Kristen Bell and other stars of the show that left the air 8 years ago.

Thomas writes on the Kickstarter site:  “Warner Bros. wasn’t convinced there was enough interest to warrant a major studio-sized movie about Veronica and the project never got off the ground. After that, I tried to tamp down expectations. I didn’t want to be guilty — at least not twice — of building up hope when the odds seemed so long. Still, without fail, in every interview I do or every place I speak, I get the “will there be a Veronica Mars movie?” question. Even after a couple of years of downplaying the chances, I’d still run across blog postings headlined, “will Rob Thomas shut up about the Veronica Mars movie, already!” I was trying to. I promise.”

As Bell says in the video below, if they get $2 mil, they’re on to shoot this summer. It’s great pr, a fun video, and it builds on viewer loyalty. So I guess by summer 2014 we will have “Veronica Mars: The Movie.” Why not?

As of this morning, they’ve raised $2.5 million– a record for an indie film on Kickstarter–and it keeps climbing.