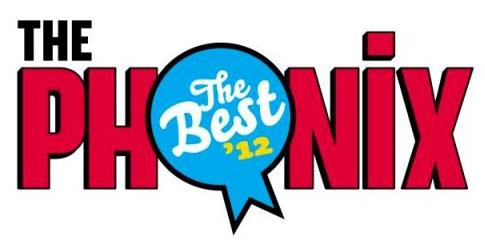 The Real Paper in Boston died a long time ago. Now Stephen Mindich, scourge of Boston publishing is finally shuttering the once beloved Boston Phoenix. Imagine that Boston, once the hippest college area in the U.S., now sustains no alternative weekly paper to the feeble Globe and the even sadder Herald. In New York, the Village Voice is a ghost wandering around the neighborhood making sounds that can only be heard in crazy people’s heads. Recently my cousin asked me if I could help find her daughter an internship in “journalism.” What’s that, I wondered aloud?

Back in my day (IBM Selectrics, pay phones, long nights in the library research room), papers like the Phoenix, Real Paper, VV, and Soho Weekly News were where you started out, learned the ropes, eventually got a piece published, networked. The “journalism” was real, it was reporting, is wasn’t “blogging,” snarking, opinionating, bloviating–and for free, no less. I don’t know how Mindich finally killed the Phoenix. But I do imagine that everyone’s on their mobile device, and that stopping to buy a paper at the– ahem– newsstand is out of fashion.

And good grief– there doesn’t seem to be even a www.bostonphoenix.com to say goodbye to. Is WBCN still up there? Charles Laquidara, a nation weeps.