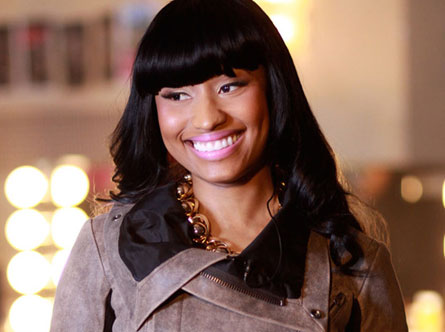 Okay come on. Really? I always thought Mariah Carey, who has never operated a clock properly, would some how miss a live edition of “American Idol.” But last night, Nicki Minaj was so late that she missed the first part of the show. She was stuck in traffic in the notorious 405 freeway. But what? The show airs at 5pm in Los Angeles. Why wasn’t she there and accounted for by 3pm? Hello? With “Idol” ratings in a decline, you’d think at least attendance was mandatory for the judges. Too crazy, no? Ryan Seacrest started the show in Minaj’s judge’s chair. Twenty minutes into the show, Minaj showed up, didn’t say a word about where she’d been. She sported huge black sunglasses and a black hoodie. Unprofessional? At the rate that she’s being paid: to say the least.

Classy Nicki did Tweet in about her ride down from the beach. I altered the first word, which was spelled out:

PS Was this a PR Stunt? You never, never know when it comes to “Idol.” But it did get everyone’s attention.
Two hours earlier, let’s say at about 7:20pm DST– 40 minutes before the show was set to start, Minaj Tweeted: