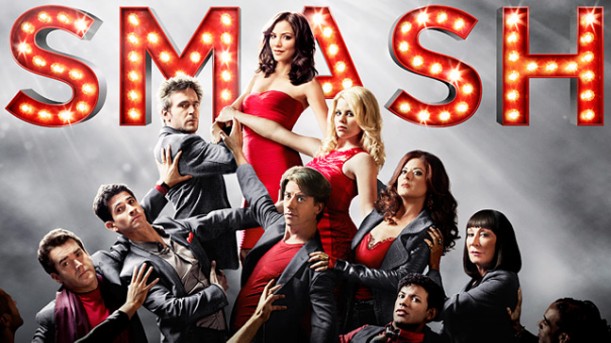 “Smash” was an idea that never gelled. And now it is all but completely dead. The NBC drama about the making of a Broadway show scored a 0.6 last night in its target age group, 18-49. Its total audience was said to have been 2.6 million, but that’s just the people who had it on as background noise. No one is watching the second season of “Smash.” It was an experiment and it failed. It was beaten handily last night at 10pm by “Golden Boy” and by “Body of Proof” (a show I like). From the “Smash” cast Jack Davenport’s already found other work. It’s just a matter of time before we hear likewise about Anjelica Huston and Debra Messing. For an insider’s look at producing a Broadway musical, “Smash” was revolting to people who actually know how that works. To outsiders, it was a soap opera that was hard to follow. The question now is, when it goes, will “Smash” take some NBC execs with it. Undoubtedly yes.