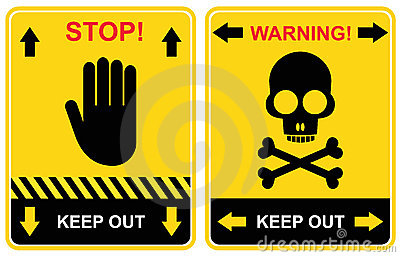 You know, New Yorkers have the most chutzpah of anyone in the world. And so it is that at all Broadway openings and many movie premieres, there are professional crashers. They are not invited to the event, know no one, are not press, media, guests, relatives of guests, or have any association with anyone on the premises.

There is a group, and they are known, although not by name except for a couple–Shaggy, a like able guy who looks like Big Bird and manages to get into places. And Doreen, an elderly lady, well dressed, with short gray hair. She carries a cane. The others include a tall, older, scary looking dude with a rock star gray shag hair cut, lanky– I call him Lurch. He wears mostly black clothes and runs like a panther on the African plain if anyone tries to photograph him.

There’s a cherubic lady, also with a cane, and blonde hair, heavy set. There’s a light skinned black man who looks like he’s trying out to the be the older version of the Will Smith character in “Six Degrees of Separation.” He wears a suit and usually has some kind of scarf tied around his neck. There’s another guy, white, who also wears a suit, and a hat or bandana, and sneakers. There’s a younger guy who looks like the son of Professor Irwin Corey. He has a bony head and wild flying, stringy hair. And oh yes–two guys who travel together. One looks like a walrus, heavy set. The other reminds me of a character actor or cartoon character from TV– sort of a comic face.

And so our story from Sunday night’s premiere of “Cinderella” concerns Doreen, who made it into the show and then into the party at Gotham Hall. How does she do it? How do they do all do it? They stand outside and ask everyone who comes by if they have an extra ticket. It’s like a game. Someone always takes pity on them. There’s always one in a hundred whose friend got sick, couldn’t make it, missed a train, something. The comic faced guy also got into “Cinderella” and held up his ticket. It’s a game show called “Survivor: Crashing NYC.”

I spotted Doreen in the Gotham and pointed her out to a major Broadway producer. We were admiring her tenacity. Seated at table by us, mind you, was Polie Commissioner Ray Kelly and his wife. This didn’t stop Doreen. Seeing that we were talking about her, she was not ashamed or embarrassed. Or feeling guilty. Quite the contrary. Doreen came right up to us. “How dare you single me out,” she said loudly.

My producer friend, whose parents were landlords to thousands of nutty New Yorkers over the years, was bemused. “We were complimenting you,” she said to Doreen. The old lady wouldn’t have it. “I have every right to be here!” she said. “What’s it to you?”

I said, “This is something. You’re doing this in front of the police commissioner.”

She tilted her head and looked over. She didn’t care. So we are not at the point that the crashers are indignant about being pointed out.