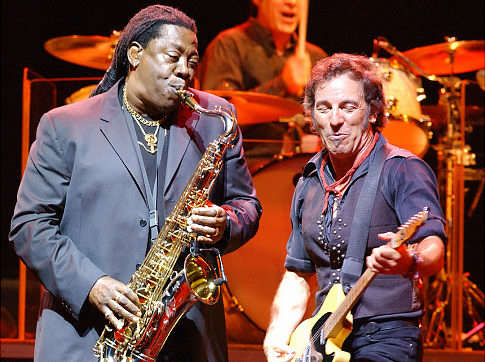 EXCLUSIVE: When Clarence Clemons, the Big Man of Bruce Springsteen‘s E Street Band, died in June 2011, the word was it from complications from a stroke. But now I’ve learned that the situation may not be so cut and dried. Clemons’s family quietly filed a malpractice suit against Clarence’s doctors in 2012. Last month the case was approved to go ahead to a jury trial.

William Clemons–  Clarence’s brother and father of Jake Clemons, who now plays with the E Street Band– filed his case against the Palm Beach Cancer Center and three physicians. The allegation is that the medical team involved may have made a mistake by advising that Clarence off of blood thinners when he had surgery for carpal tunnel syndrome. By doing so, and not giving him intermediary blood thinners, they could have caused his stroke.

Victoria Clemons, Clarence’s widow, told Rolling Stone a month after her husband’s death: “Shortly before the stroke, Clarence lost sensation in his index finger and his thumb. He had carpal tunnel surgery performed. He was seriously concerned about the ability to play sax again.”

Over the years, Clarence, who was 71, suffered through a minor heart attack, spinal fusion surgery, retinal detachment and several joint replacements.

Even though the Clemons family wants a jury trial, which will be public, the case was sealed by a judge on May 25, 2012 in a Palm Beach court. Neither of the lawyers in the case has responded for comment. And the case has been so low key that even musicians Clarence played with didn’t know it had been filed.

But I’ve obtained the complaint which accuses Drs. Robert J. Jacobson, David W. Dodson and Keith Meyer– three specialists connected to the Palm Beach Cancer Center– of not administering Lovenox, a short term blood thinner, before or after the hand surgery. The hand surgeon is not a defendant– that surgery went fine. Clemons also did not have cancer in case you were wondering. But Victoria Clemons says that the day after the surgery she found Clarence “on the floor, beside the bed, confused and dysarthric [unable to speak properly].”

The allegations may explain at least in part what happened to the world renown sax player who was beloved by everyone. His death rocked the rock world and Bruce Springsteen’s E Street Band when it happened.  William Clemons, according to sources, has not yet accepted his brother’s death. “They were best friends,” says a source.