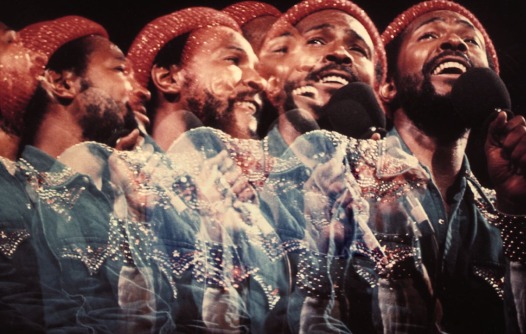 I’m sorry. Fool me once… Today, as happens biannually, someone announced that Jesse L. Martin would play Marvin Gaye in a movie called “Sexual Healing.” However, just to explain the b-s that goes on in ScoopVille, that same announcement was made on February 2, 2006. Here  it is: http://www.upi.com/Entertainment_News/2006/02/06/Jesse-L-Martin-to-portray-Marvin-Gaye/UPI-30311139263622/

Fact is, I’ve written about this never going to happen, can’t be made, shouldn’t be made film for years, too. The producers only have the rights to Gaye’s music from 1982-1984, when he was on Columbia Records. There will be NO Motown recordings in this film. Got that? The movie is designed to cover only the last, and saddest part, of Marvin’s extraordinary career.

There will be nothing about his rise to fame at Motown, his duets with Tammi Terrell, his crazy marriage to Anna Gordy, or his brilliant moment of artistic achievement with “What’s Going On.” It will just be about Marvin taking drugs, losing his mind, and being shot to death by his father.

No one wants to see that, trust me.

But also: this business of constantly releasing the same “leaks” about a movie that won’t be made. It’s tiresome.

This “scoop” was also discussed in 2011 by Martin, who said making the movie was “impossible.” He was right. http://www.eurweb.com/2011/04/jesse-l-martin-less-optimistic-about-his-marvin-gaye-biopic/