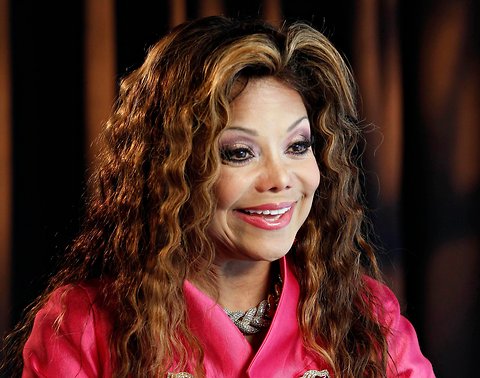 For years and years LaToya Jackson tried to make money off of her famous brother Michael. Nothing worked, even though La Toya tried publishing books, making records, and appearances. She wrote critically of Michael, too. But now she’s figured out a way to get money from Michael even though he left her nothing in his estate. La Toya is the agent-manager for Michael’s 16 year old son Prince. She’s just cut a deal for him to be in the CW revival series of “Beverly Hills 90210.”

Maybe the trade papers don’t realize that Ja-Tail is LaToya’s company. She also cut the deal for him to be on “Entertainment Tonight.” So LaToya will now be taking commissions on Prince’s work. Soon will come deals for Paris. Michael didn’t want his kids to work as children. He famous resented losing his own childhood, and feared the same for his kids. But he’s dead, and his wishes apparently matter not at all to the Jacksons.

I am told there’s a proposal making the rounds once again for some kind of reality show featuring Jacksons which Ja-Tail is likely behind. It never ends.