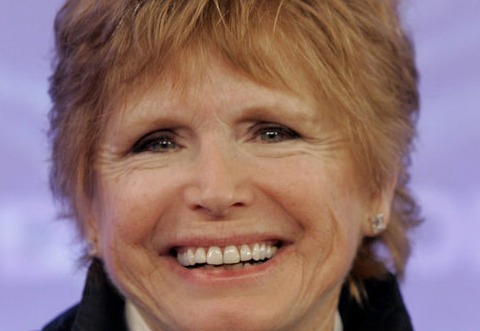 Valerie Bertinelli on the passing of Bonnie Franklin, who played her mother for nine seasons on “One Day at a Time”: “My heart is breaking. Bonnie has always been one of the most important women in my life and was a second mother to me. The years on “One Day At A Time” were some of the happiest of my life, and along with Pat and Mackenzie we were a family in every way. She taught me how to navigate this business and life itself with grace and humor, and to always be true to yourself. I will miss her terribly.”

Franklin passed away today at age 69 from pancreatic cancer. Franklin and Bertinelli bonded as mother and daughter because of Valerie’s age, and also because the show was full of turmoil backstage. MacKenzie Phillips had her drug addiction, and she came and went as the show went on.

Franklin was a favorite at CBS, says former network honcho Fred Rappoport. Norman Lear, as the story goes, saw Franklin on Broadway in the musical  “Applause” with Lauren Bacall. He literally plucked her out of the show made her the star of “One Day at a Time.”

“She was a wonderful person, talented, always classy and candid, great at CBS as part of the network family,” recalls Rappoport. “The show show was always creatively stronger when the stories were from Bonnie’s character’s perspective – not the kids and not Pat Harrington as Schneider the handyman.”

Franklin — who had a great voice — frequently appeared in CBS specials and on the Tony Awards. Her husband of 29 years, Marvin Minoff, died in 2009. He’d been a partner of actor Mike Farrell’s (from MASH), and of David Frost.