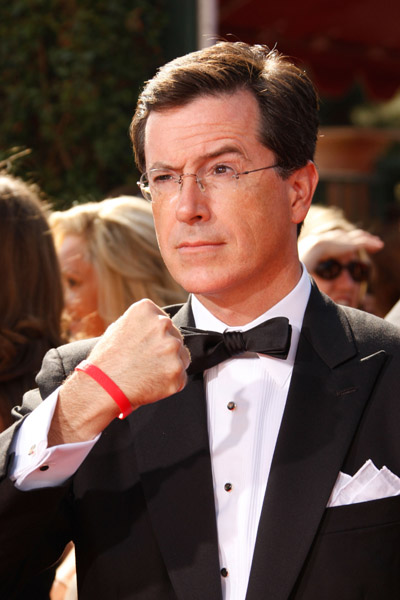 Here’s an episode they could address on “The Newsroom”: what happens when a “real” news program is beaten by two fake news shows? That’s what’s happening right now. Fox News’s Greta van Susteren, who’s on at 10pm, is being beaten by Comedy Central’s “Daily Show” with John Stewart and Stephen Colbert– two fake news shows. GvS is being trounced.

And for that matter, so is all of MSNBC and CNN, by two humor shows that send up the news but at the same time sort of deliver it. Of course, the other Fox News shows–O’Reilly, Hannity, etc– are ahead of the comedy offerings.

And dead last among all these offerings is CNN’s Piers Morgan, which has grown on me over the last few months. CNN is slightly down as it retools, but it’s too early to make any evaluations there. MSNBC’s entire slate– Rachel Maddow, Lawrence O’Donnell, et al — are several hundred thousand viewers behind Stewart and Colbert every night.

And Greta? It just could be that after being battered for three or four hours by the Fox News pontificating, one more show– Greta’s–is just too much. Instead, viewers are turning to comedy.