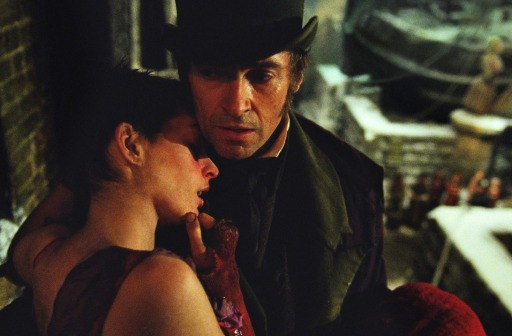 The movie version of “Les Miserables” has been an enormous worldwide it. The total take is now over $400 million. In the US alone, the musical starring Hugh Jackman and company has made $150 million. But the Tom Hooper directed extravaganza has been a box office flop in one key country: France.

Even though “Les Miz” was written by legendary French author Victor Hugo, and tells the story of a French student revolution, the Frogs are Galled by the whole thing. “Les Miserables” has made less than a million dollars since its release in France, and the future does not look rosy–or rose.

By comparison, “Les Miserables” made $1.6 million in Mexico during the same week long release. And elsewhere the movie has gone great– $52 million in the United Kingdom, $51 million in Japan, $26 million in Australia, even $3 million in Russia. But so far the French have only ponied up $927K.

“They’ve never liked us,” the musical’s chief producer Cameron Mackintosh told me at the British Consul’s party on Friday in Hollywood. “We’re a a hit all over the world except in France. And that’s where the movie takes place.”

The musical has been a touring hit all over the globe for 28 years. Next March 2014 Mackintosh will re-open on Broadway and Japan and in many other locations. The DVD of the Oscar nominated movie will hit stores on March 22nd.

Meantime, Mackintosh warns packagers of DVDs for other versions of the Hugo saga. “There’s one DVD that has repackaged using all our artwork,” he told me. “I can’t wait to go after them!”