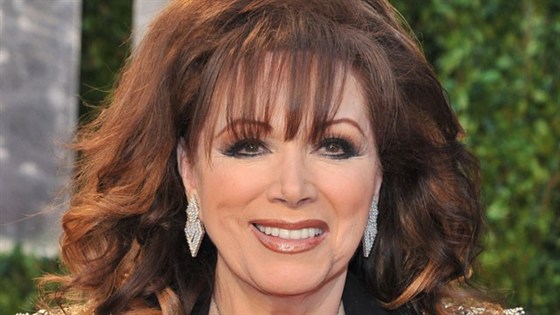 They were celebrating Jackie’s new bestseller, “The Power Trip,” selling like hot cakes from St. Martin’s Press. Jackie is one of the best people in this nutty town. She’s funny, insightful and unaffected. I missed her at Clive Davis’s pre-Grammy dinner earlier this month. She and her sister, actress Joan Collins, usually captain the most popular table in the joint. But Jackie came down with a bad case of flu. She’s in the pink now and will be at all the Oscar events this weekend.

Barry Krost, by the way, says Yusuf Islam (yes, Cat Stevens to us) is going to produce a documentary about his amazing life.

There’s no recession at Craig’s, that’s for sure. The place was buzzing. “Charmed” star Rose McGowan — currently a platinum blonde– hosted her own table next to Jackie’s, with pals visiting from Augusta, Georgia and points East. Rose is a free spirit and a very independent thinker. How does she handle Hollywood life? “I get out of town once a month,” she told me. “L.A. is a big city, it’s not all the movie business. There’s plenty to do where no one knows who I am or what I do.”

Craig’s isn’t the only busy eatery in town. The Grill on Dayton Way remains the town’s lunchtime cafeteria. On Thursday I ran into Jeffrey Katzenberg, Allen and Debbie Grubman, Lorne Michaels, and Irwin Winkler– all at different tables. On Friday, New York power player Ronald Perelman had a big pow-wow that included Irving Azoff and John Branca. You wonder what these LA people when the New Yorkers aren’t in town!