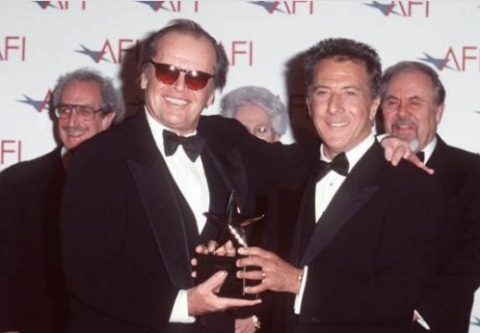 Few are missing from what you might call Hollywood’s reigning top tier. Clint Eastwood told us he’s staying home, Warren Beatty and Annette Bening may have had a scheduling issue. Sean Connery is a curmudgeon. But wow–the Oscars are pulling out every stop to make Sunday’s show memorable.

“James Bond” will be saluted in music–Shirley Bassey and Adele. Movie musicals “Chicago” and “Les Miserables” will bring their entire casts. Those two casts will do medleys from their shows– so yes, Anne Hathaway will sing at least part of “I Dreamed a Dream.”

Newer stars like Jeremy Renner, Kristen Stewart, Reese Witherspoon, and Jamie Foxx will each get their moments.

And lovely music superstar Norah Jones is going to sing the “Lullaby” from “Life of Pi.” So the Best Songs will be represented by Adele singing “Skyfall,” Hugh Jackson “Suddenly,” the show’s host Seth MacFarlane — “Everybody Needs a Friend” from “Ted.”

The last big musical surprise will no doubt be Scarlett Johansson singing and Joshua Bell playing violin on the song from “Chasing Ice.”

Plus of course Barbra, Jennifer Hudson, and Shirley Bassey. And tons more names that have already been announced.

My advice: have lots of snacks, caffeine, pillows, blankets, and no plans until Monday at noon!