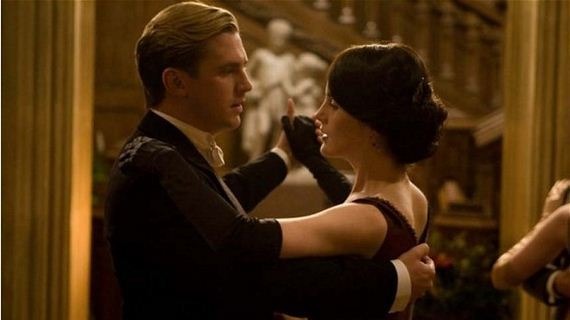 “Downton Abbey” ended Season 3 with a bang. Not only did Matthew Crawley bite the dust, but 8.2 million viewers watched him do it on PBS. That’s 50% higher rating than the end of Season 2. “DA” has become a phenomenon, that’s for sure. Today I’ve read a lot of nonsense about the show jumping the shark, and one wrongheaded idea that this should have been the end of the series. Ridiculous. “DA” has at least two seasons left in it. There’s plenty of material for Julian Fellowes. And there’s no reason why the rest of the cast won’t stick around now til the end. PBS certainly won’t let them stop–Sunday night their audience was four times its normal size. And I’m sure Mitt and Ann Romney were among the viewers.