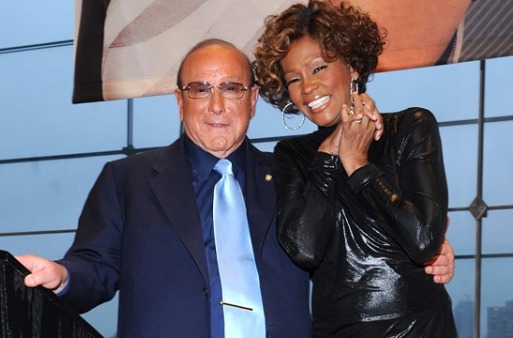 I’m not allowed to tell you anything that’s in Clive Davis’s 600 page manifesto, “The Soundtrack of My Life,” until it’s released on Tuesday morning. It’s the sequel to his 1974 memoir, “Inside the Record Business,” which I still have in pristine condition from the day it was published. That book, if you can find it, remains a hugely important document and chronicle of the history of rock and roll and popular music as well as classical. Reading through it again, I found passages about recording the Philadelphia Symphony Orchestra, and how Clive handled middle of the road stars like Johnny Mathis, Vicki Carr, and–at the time– Tony Bennett– very enlightening.

The new book will not be just about Whitney Houston, although Davis certainly will address their 30 year relationship. But I’m more interested in something else. There are two Clive Davises: one is the commercial hitmaker of Whitney, Alicia, Rod Stewart, Santana etc. The other is the punk Clive Davis. He signed, recorded, and promoted Patti Smith, Gil Scott Heron, Graham Parker, Garland Jeffreys, the incredibly important Stiff Records from the UK at the height of the New Wave movement. He was the guy who launched Sean Combs’s Puff Daddy with the “Every Breath You Take” re do of “I’ll Be Missing You.”

You see Clive sitting in a field in DA Pennebaker’s “Monterey Pop” documentary rocking out to Janis Joplin–he’s dressed like a suburban Long Island dad circa 1967– two weeks after the release of “Sgt. Pepper”– amid scores of hippies. They’re tripping. He’s working. It’s something no one really thinks about. Davis picked up Big Brother and the Holding Company at Monterey Pop– they were a blues band– while very very pop music was on the radio. (The Monkees and Tommy James and the Shondells had been very big that spring.) Davis “got it” so many times.

And he admittedly had a lot of help.  The old book credited tons of people who were in the field (another field, not the Monterey Pop one) and on the ground. But in the end, it’s all about taste, and style– Clive’s.

Countdown to Tuesday, and “The Soundtrack of My Life.” By the way, Davis will be interviewed by his writing collaborator, Anthony deCurtis, on March 7th at the 92nd St Y. Tickets are already in short supply.