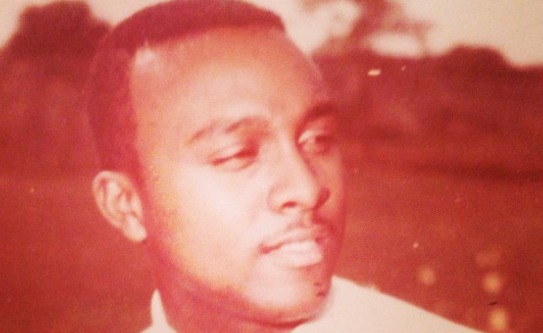 This was kept pretty quiet. Nathaniel Brown, the husband of the eldest Jackson sibling, Rebbie, died during the first week of January. Nathaniel –brother in law of the late Michael Jackson — apparently had a short, brave fight with pancreatic cancer. Considering how public the Jacksons are about everything, there was barely a peep about Nathaniel’s passing.

The news appeared on three or four small websites, and Randy Jackson had a brief notice posted to x17online.com, where he has some sort of deal. (That was the site he used to send out incorrect info about his mother’s “abduction” in July 2012.)

Nathaniel and Rebbie married when she was 18, some 44 years ago. The Browns were always considered the “normal” Jacksons. They had three children–Austin, Stacee, and Yoshi.

“I love you Dad.. Thank you for showing me unconditional love and the example of being a good person. You were the greatest man to walk this planet and it now pains me to have to let you go. I will watch over Mom, Stacy, and Yoshi like you asked while doing everything in my power to make you proud. I love you and thank you for being my Dad. Rest in peace.”

According to my sources, Katherine Jackson, Paris and Prince, as well as LaToya attended the funeral. Joseph Jackson skipped his son-in-law’s service because, according to my sources, Nathaniel hated him for allegedly abusing Rebbie when she was young. Brown vocally opposed the Jackson elders for their treatment of their children, says a source. He’d also been very critical of Michael Jackson’s drug use and lifestyle.

Condolences to Rebbie and her kids.

Paris Jackson, 14, did attend the funeral and sent out enigmatic Tweets the day Nathaniel died.

life is way too precious and way too short