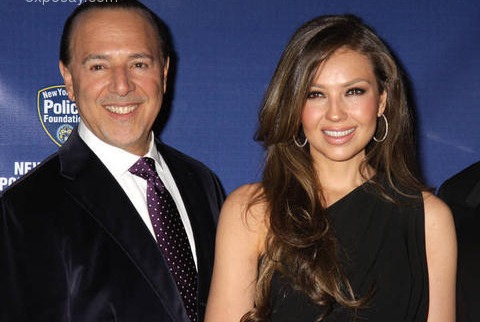 Some years ago, I wrote a story — probably on Foxnews.com–about how Tommy Mottola got married to singer Thalia in St. Patrick’s Cathedral. Because he had converted to Judaism for his first marriage, and because Mariah Carey wouldn’t give him an annulment, Mottola was in a bind. To married in the Catholic Church, he needed a “get” from wife number 1, and an annulment from wife no. 2. Neither was forthcoming. So he went to Cardinal Egan at St. Patrick’s, listened to him play the piano, and wrote him a check for $500,000 for an album advance– that’s right, an album. Check amazon.com. We have never heard “Cardinal Egan Plays the Best of Elton John and Rachmaninoff.”

Now, reading Esquire, I see that Mottola tells the writer of his new book, “Hitmaker,” an important lesson: “If you want to get married at St. Patrick’s Cathedral, be prepared to write a check.” http://www.esquire.com/features/what-ive-learned/tommy-mottola-interview-15033392?click=main_sr

“Hitmaker” is part fact and part fiction. I’m assuming some of it is fact. It’s a good read, anyway, as reimagined by writer Cal Fussman (the Esquire guy). The beginning part is good because it’s about growing up, Mottola’s family, his early days. It’s nostalgic and poetic. The whole early part of his career, managing Hall & Oates, getting his name in “Cherchez La Femme,” was all interesting and well told. Is it true? I’m sure there are people with other perspectives.

“Hitmaker”–which was given out for free at a Grammy party by the truckload–is a good read. It’s also a gauzy version of everything that happened during Mottola’s rein as Mariah Carey’s husband and the head of Sony Music. Call it historical fiction. I don’t know how many people are interested in either version– Tommy’s or the real one–and this may be the only one ever to be published.

Suffice to say that the real stories from Sony about Mottola, Mariah, Donnie Ienner–Tommy’s right hand man, etc– would really be hair-raising. When one Mottola exec met with another record company head about a possible job, the man was dragged out of the Black Rock building on 52nd St. by security guards, with no notice. And that’s just the beginning.

Mottola’s was a rein of terror.

So there’s one anecdote in the book that sort of says it all. I’m surprised it’s included, but maybe Mottola thinks it’s funny. It’s on page 145, and it’s a recollection by another right hand man, Jeb Brien. Mottola was unhappy with the “prick of a manager” who ran the group Split Enz, named Nathan Brenner. Brenner had had a fight with Mottola’s best pal and partner in his management company, Randy Hoffman. They ran into Brenner at a Grammy party; he was wearing a blue brocade tuxedo. Mottola told Hoffman, “This will be your payback.” He went to the bartender and had him mix up a concoction of stain producing items–red wine, whipped cream. blueberries, etc. And he dumped it on Brenner.

This page is omitted on purpose from the amazon.com search version:

“Hey Nathan,” Tommy said, “How you doin’?” Brenner gave him a what-the-fuck-do-you want-look. Tommy said: “This is compliments of Randy Hoffman.” Then he tipped the glass over Brenner’s head and emptied the entire contents all over him. Brenner was freaked. He didn’t know what to do. “And another thing,” Tommy told him. “You are hereby banned from entering the United States. You are never allowed to come back into this country unless I say you can.”